Holy cow, it's been a long time since I last wrote! 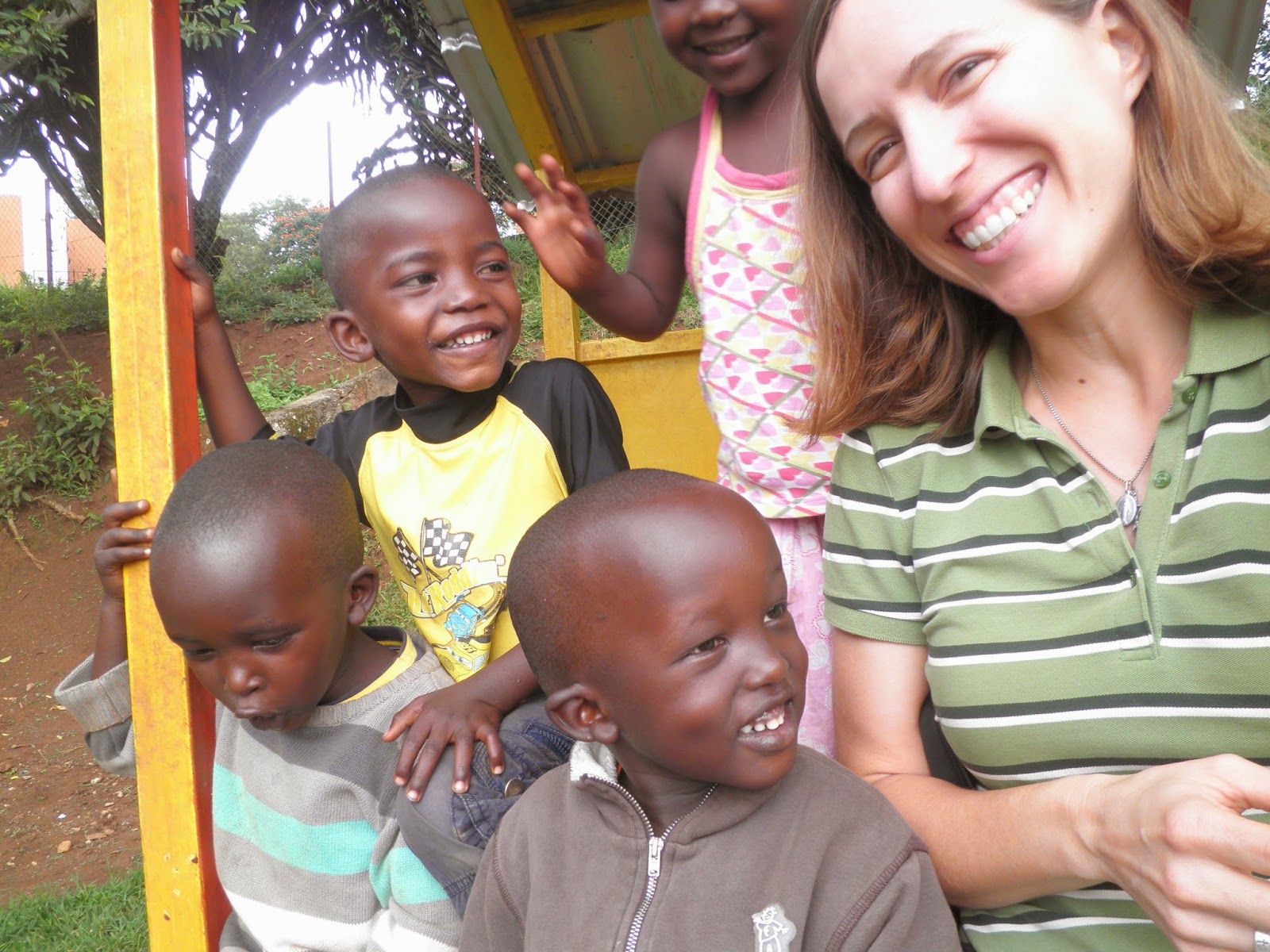 HELLO!  Sorry for my silence.  I knew some time had passed since I last had the time to write, but I had no idea it was almost a month.  What has been going on?

Well, the constant activities have been teaching and volunteering at the daycare run by the Brazilian religious congregation.  This week I haven't taught because the students are taking final exams, but before that I was happily teaching nine periods a week.  My mission report will mention some of the topics I've taught recently.  On Tuesday mornings I head over to the Brazilians' place to spend a few hours with children 2-6 years old.  This past week it made me so happy to hold a girl who wanted to snuggle during the play time.  It is so nice to have a child in my arms. 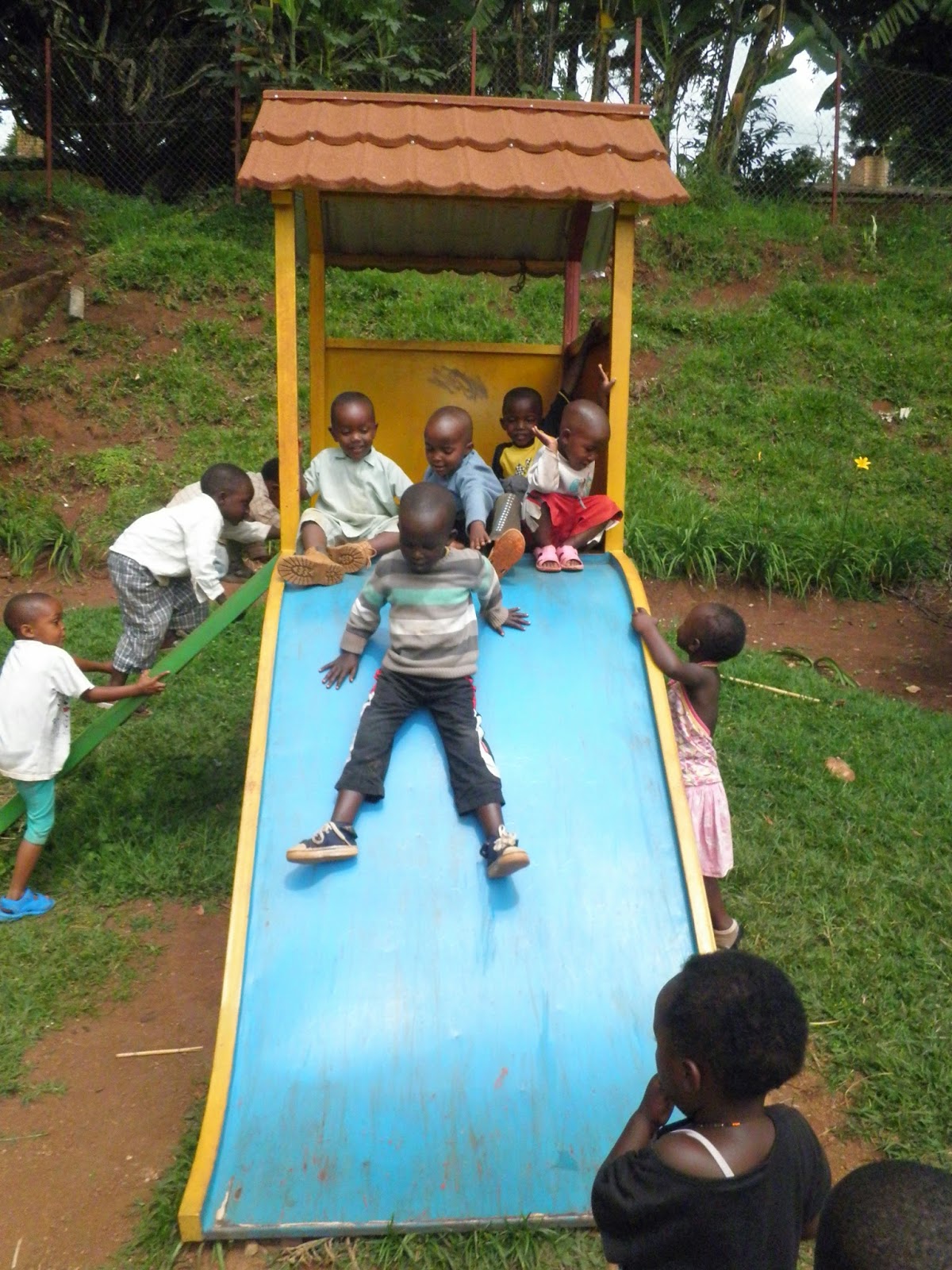 There were some one-time events for the year, such as saying goodbye to the French Fidesco family, hosting a Mardi Gras party, and attending a special retreat in Kigali.

First, the Fraternity of Jesus retreat on Feb 28-March 2.  The Fraternity of Jesus is a sub-group of members in the Emmanuel Community who feel called to be more radically available for mission in the Church and in the context of the Emmanuel Community.  I made the trial step in the Fraternity in December 2010 and remain in that stage.  Anyway, the retreat was nice.  I had good translators, which makes a world of difference when listening to hour-long teachings.  I still fell asleep sometimes, but I heard enough that I went away challenged to be more faithful to my prayer time.

Second, Mardi Gras!  Rita and I had a dessert and soda party the night before Ash Wednesday.  In attendance were six Belgian medical students we had just met, two novices from across the street, and four young adults from the Emmanuel Community.  I looked around the room with joy as I saw the different groups and nationalities (Cameroonian, Rwandan, Portuguese, Belgian, and American) speaking with each other.  I made an American version of the king cake (minus the colored sugar) and hid a button in it.  Later I cut the cake into 14 pieces and made Jean d'Amour (the youngest) say who would receive each slice.  It turns out I received the button, which means I have to make the king cake next year.  Since most of us won't be here next year, we joked about having the cake the following week, but I told them it would have to wait until Easter, the season of celebrating!

Third, Rita and I said goodbye to our fellow Fidesco volunteers in Butare, Ronan and Segolene des Horts and their four kids, on March 15.  Sad.  They had finished their two years of service so it was time for them to head back to France and resume life there.  Rita and I had them over for brunch on the day they drove to Kigali, two days before they would fly to France, and it was really sad to watch them drive away for the last time.  We know other expatriate families in town, but I think it's fair to say we shared a special bond with the des Horts family because we were part of the same organization and they were the ones to welcome us when we arrived.  Here are some pictures from our time together.
One new thing is that I am working with the local music team from the Emmanuel Community to teach the members the EC songs in English and to translate songs.  Clearly I am not translating into Kinyarwanda, but I have the desire to take a few of the KR songs that I know the best and to translate them into English, which I plan to work on when Rita and I talk a little vacation next week to Lake Kivu.  As far as teaching the English songs, there is a small group from the university prayer group that I teach every Monday for an hour and then, at the prayer group during Lent, I have taught 1-2 songs each week.  It's nice to be able to contribute to the group.  One of the main frustrations for me in Rwanda is feeling like I have gifts that I can use to serve others but not being free to use them because of the language barrier.  When I get to teach the prayer group a song in English or take a local song and translate it into English, I feel like I am able to contribute to the group.
Posted by Heather Q. at 3:51 PM